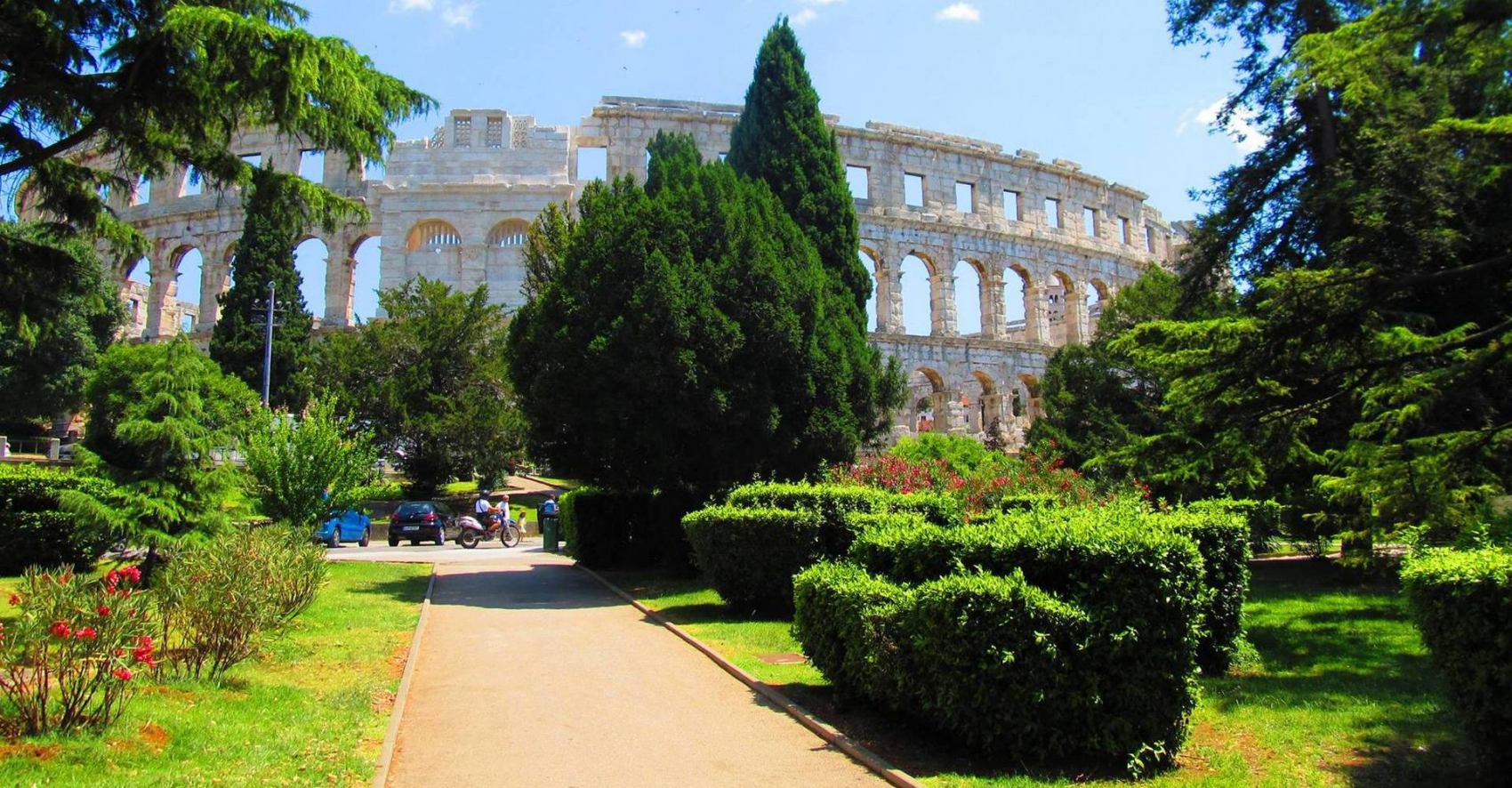 If you fully indulge in the experiences, tastes, traditions, and events offered by Istria, you will be fulfilled and richer for a great experience.

Below we present you only a part of what Istria can offer you. Step into this unique part of Croatia and spend unforgettable moments.

Pula – a modern city of rich cultural heritage and the largest city in Istria. Numerous sights are the witnesses of the harsh history of this city, while its modern development enables enjoyment of numerous festivals and events. The most important symbol of the city of Pula is the Arena amphitheater which was built in the 1st century and is the sixth largest amphitheater in the world. In the past, Gladiator fights, knight tournaments, and fairs were held in the Arena which today hosts various cultural events such as the Film Festival, the Opera season, performances and numerous concerts. The opening of the main street is graced by the Arch of the Sergii, and at the end of the street, at the Forum, there is the Temple of Augustus. Of all other sights, the Gate of Hercules, the City Hall and the Cathedral of the Assumption of the Blessed Virgin Mary are worth visiting.

Rovinj – one of the most romantic towns on the Mediterranean was founded on the site of today’s Church of St. Euphemia. It is proud of many natural and cultural attractions such as the Old Town and the Zlatni rt forest park. Steep streets promote the true Istrian spirit, and colorfully painted houses and the beautiful view of the archipelago make this city unique. Among the other monuments and sights, visit Baroque Balbi’s Arch, Church of St. Cross, the Native Museum and the Rovinj Aquarium.

Poreč – a town situated on the western coast of the peninsula carries the title of the most visited destination in Istria. The whole old town center, due to its stormy and long past, is a monument of culture. From other monuments, you should certainly visit the Euphrasian Basilica, the Northern Tower, the Pentagonal Tower, the Canonical, the romantic house and the Temple of Neptune. Poreč is also known for its natural beauties such as the Baredine Pit, Mark’s Pits, the Pincin’s Pit and the group of trees around the church of St Anne.

Umag – a picturesque Mediterranean town-port on the north-western coast of Istria, known for its rich sports offer. Umag is widely known as the seat of the international ATP tournament and has an extremely interesting history. In the distant past, it was discovered by Roman nobles who decided to turn it into their summer residency. The splendor, luxury and glamor of these times is being portrayed today in Venetian homes, many of which you can see in the old town center of Umag. In the town, there are preserved parts of the town walls and towers as well as the remains of the Baroque and Renaissance church and buildings. Visit the historical attractions such as the church of St. Mary, the Church of the Assumption of Mary, St. Pelagia and the church of St. Roch.

Sights and culture
1 of 7

Istrian cuisine combines traditional dishes and autochthonous foods as well as modern dishes and up-to-date culinary trends. It is interesting to note that in today’s Istrian cuisine old dishes are being prepared in a new way and that you can try the Mediterranean and continental dishes to which olive oil and various varieties of wine give a special taste. The secret of Istrian cuisine, except for specific foods, lies in the culinary imagination and the extraordinary love and effort invested in cooking.
Some of the traditional Istrian dishes and food are:

Truffles – a rare and expensive mushroom growing on fertile Istrian soil. Truffle has a strong and distinctive scent and looks somewhat like a potato. As it grows under the ground, it can only be found with a specially-dressed dog. Culinary experts say truffle is the highlight of gastronomy. We recommend that you try shrimps with truffles and steak with grated truffles.

Fuzi – a traditional Istrian pasta made from a smooth dough made from flour, salt, eggs and water. The thin flattened dough is cut into 3 to 4 cm wide diamonds, after which one end of the diamond is drawn around the other with a stick and pressed to glue them together. It is most often served with truffle sauce, various game goulash or homemade chicken and asparagus.

Istrian prosciutto – a protected dried meat product made from pork tenderloin. The secret of Istrian prosciutto is hidden in the traditional methods of processing, which are air drying in natural climatic conditions without smoking or dry brining. Prosciutto is a symbol of Istrian cuisine, so every detail is specially cared for, starting from pig breeding, processing, drying and seasoning. Longer and bigger slice is characteristic.

Čripnja (Istrian peka) – meat or fish dishes prepared in the outdoor fireplace (peka). Great experience and knowledge are needed to prepare meals in this way because the quality of the meals depends on every small detail starting from selecting the material and the type of fireplace, the quantity and arrangement of live coals and the ashes, the length of the baking and the amount of meat. Be sure to try the meat, fish, bread or a strudel prepared in the outdoor fireplace because the tastes are amazing and fascinating.

Istrian cheese – the most famous Istrian cheese is Špin which is produced not far from Poreč in the traditional Istrian stone house. Apart from a semi-hard cow, sheep and mixed cheeses of various aromas, there are also curds that can be used to prepare appetizers, meals, and desserts.

Wine – besides delicious dishes, Istria is famous for top quality black and white wines. The warm Istrian soil is good for the growth of vines and grapes from which well-known white wines such as Malvasia, Chardonnay, Muskat, Pinot White and Sauvignon, and Teran’s Red Wine, Muskat Red, Merlot, and Black Pinot are made. Explore the wine cellars and enjoy the irresistible flavors and scents of Istrian wines.

Small stone replicas of field houses made of flat stone are the most important Istrian souvenirs. In addition, figurines of Istrian cattle or a bottle of wine are also beautiful memories that will remind you of your stay in Istria.

The Istrian peninsula is full of beautiful landscapes, green fields, hills, valleys, parks, blue sea, rivers, and lakes. The inhabitants of Istria have been living a lifestyle of love for nature and its preservation. Prepare yourself for irresistible views of nature because these are memories and photos that will always stay in your memory.

Brijuni – The Brijuni Archipelago stretches out to the south-western coast of Istria. The group of islands consists of two large islands: Veli Brijun, Mali Brijun and twelve islets. There are about 600 autochthonous plant species in Veli Brijun, mostly Mediterranean, while in the northern part of Veli Brijun there is a safari park where live deer, zebras, ostriches, giraffes and other animals live.

Cape Kamenjak – is a unique little peninsula to the far south of the Istrian peninsula. What makes it a special is the Mediterranean climate and the position because of which it carries the title of the sunniest part of Istria. It is also interesting to note that there is a well-known dinosaur footprint site.

Učka Nature Park – is located on the eastern side of the Istrian peninsula which includes the Učka Mountains and part of Ćićarija. From the highest point, Vojka, you can enjoy beautiful views of the island of Krk, Lošinj and Cres. Učka is rich in flora and fauna. The endemic species such as the Učka bellflower and the rare griffon vulture are the most popular. It is also important to mention centuries-old chestnut woods, beech forests and various species of medicinal herbs and fruits.

The Motovun Forest – rich in old deciduous trees, it is located on the plains along the river Mirna. It is unusual but oak trees grow in this forest, common species in the lowland continental areas of Croatia. The forest is also the habitat of also a very rare white truffle.

Istrian Balun or Balon is a famous folk dance of the Istrian peninsula. It is performed in such a way that more dance pairs are evenly spaced in the shape of a circle, with a dancer on the inside and on the outside of the circle. Dancers in the circle move counter-clockwise, while a couple, or a few individual dancers, spin clockwise. It is performed with the accompaniment of traditional Istrian woodwind musical instruments, in rare cases with the accompaniment of the accordion.

Throughout the year, various cultural, social, sports and entertainment events are held in Istria. There is something for all generations, and among the most famous and most attractive events, there are Street & Art Festival in Poreč, Motovun Film Festival, Pula Film Festival, and Croatia Open Umag. You can follow all the events in Istria on the Istrian Tourist Board website >> 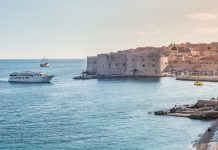 Planning a trip to Croatia? What do you say about cruising the Adriatic? 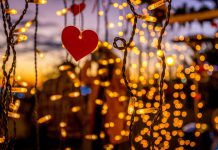 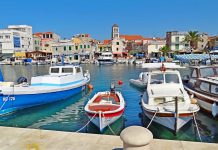 Vodice – flower of the Mediterranean

Top 3 features you should know when renting a car in...

Planning a trip to Croatia? What do you say about cruising...