Home Culture & tradition The palace that created the city

Did you know that the city of Split has one of the best preserved monuments of Roman architecture in the world? And it is precisely this monument, the palace of Emperor Diocletian, the cradle of today’s city of Split, the largest city in Dalmatia and a popular tourist destination for travelers from around the world.

This monumental pearl of world heritage was built as a combination of a luxury villa – a summer house and a Roman military camp (castrum), divided into four parts by two main streets. In that scheme, the southern part of the Palace was intended for the emperor, his apartment and certain state and religious ceremonies, while the northern part was for the imperial guard – army, servants, warehouses etc. Diocletian’s Palace is a rectangular building (about 215 x 180 meters) with four large towers. Since the palace was 6 kilometers away from the nearest large city (Salona), it was surrounded by 16 ramparts. There were four entrances to the palace, three on the land side and one on the sea side. The south side facing the sea (which was flooded by the sea in Diocletian’s time) had fewer openings and doors than the east and west sides, which were similar to each other and without decoration. The north entrance, with a double door, was the main entrance to the palace. Of the two main streets (cardo and decumanus), the cardo led to the peristyle, a monumental open space in front of the emperor’s apartment. On the left side was the emperor’s mausoleum and in that place today is the Cathedral of St. Dujam, and on the right side there were three temples. The main temple was Jupiter’s, which is still well preserved today, and the other two are Cybele and Venus. The palace was built of stone from Brač, and decorative details such as sphinxes, marble and carved decorations were brought from Egypt, Italy and Greece.

The story of the Cathedral and the Vestibule

It is a real historical interesting fact that today’s Cathedral of St. Duje was built during the reign of Emperor Diocletian. At the beginning, it was not conceived as a church, but as a future emperor’s tomb. The emperor expelled all Christians who lived near Split. Most of them fled to nearby islands, and some were killed. One of them was today’s martyr and saint, Saint Duje. Several hundred years after the emperor’s death, Christians returned to Split. They took the emperor’s sarcophagus out of the building and instead placed the sarcophagus of St. Duje, and the building became a church. When visiting the cathedral, be sure to visit the bell tower, which was built in the Gothic style in the 14th century.

Another cultural and historical “treat” within Diocletian’s Palace is the Vestibule, the lobby of the emperor’s apartment that once had a large dome, and even half a century ago it was inhabited. The vestibule still looks fascinating today and in its original splendor the semicircular niches with statues and the large dome had glittering mosaics in colors. These were beautiful rooms for the mighty emperor and his entourage.

New life of the imperial cellars

The cellars of Diocletian’s Palace are one of the best preserved ancient complexes of its kind in the world, and they are largely responsible for the fact that the historic core of Split was included in the UNESCO World Heritage List in 1979.

In Roman times, their function was to elevate the spaces of the emperor’s apartment on the upper floor, but they were also the storage space of the Palace. As they are structurally true copy of the upper rooms, they allow an authentic reconstruction of the appearance of the imperial chambers.

In the early Middle Ages, one part of the cellars was used for housing, and in one hall were found parts of a torcularium for the production of oil and wine, which we can still see in the same place.

The ground floor halls are entered through Porta Aenea, from the Riva, or by stairs from the Peristyle, and the Cellars are still full of life. Painting and sculpture exhibitions, theater performances, fairs such as the International Flower Festival, gastronomic and oenological events, and many other social and cultural events are often organized in the cellars. The central hall, which connects Riva and the Peristyle, is a place where you can buy valuable souvenirs, and the entire other area of ​​the Cellar is open for tours as one of Split’s biggest attractions, and along with the Peristyle it is often a synonym for Diocletian’s Palace.

Over the centuries, the inhabitants of the palace, and then the citizens of Split, adapted these spaces to suit their needs, so the buildings inside and the outer walls with towers greatly changed their original appearance, but the outlines of the imperial palace are still very visible.

Diocletian’s Palace is perhaps the only cultural monument in the world where people still reside. All these valuable and well-preserved cultural monuments such as the Peristyle, Diocletian’s Mausoleum, the Temple of Jupiter and the Romanesque house testify to the rich history of this Mediterranean pearl.

Regardless of the purpose of your trip to Split, regardless of your knowledge of history and interest in art, Diocletian’s Palace should be an unavoidable attraction for every visitor and a starting point for a complete exploration of Split.

Split is a unique city full of history, culture, liveliness, artistic and entertainment events – a city that has the Emperor’s Palace in its heart and a city that you should definitely put on your wish list for 2021.

See our offer of accommodation in Split 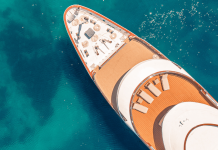 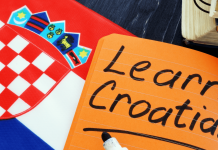 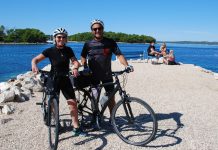