Home Adventure & tours Planning a trip to Croatia? What do you say about cruising the... Cruises are most definitely one of the best ways one can explore a country as carefully tailored itineraries often combine visits to some of the most historically significant and beautiful locations either on the mainland or on various islands.

With more than a thousand islands, countless hidden bays with untouched beaches and popular destinations across the coast, Croatia is a paradise for cruise vacationers. Keep reading if you would like to know more about cruising in Croatia.

Dalmatia as a fountain of history

The entire Croatian coast is marvelous but the true cradle of life in this part of the world is certainly the region of Dalmatia with history so rich and profound that it predates the great Roman Empire.

Various Illyric tribes had built their settlements on a stretch of land known today as the region of Dalmatia stretching from Zadar to Dubrovnik. Many different nations left their cultural and traditional mark here and among the most important ones are certainly Greeks and Romans, the latter having integrated the region as a part of the Illyrian province of Dalmatia.

You may be wondering how it all pertains to a cruise?

Well, one of the most popular cruise departure ports is certainly the port of Split. Split is a city born from the palace which was once a residence of the Roman emperor Diocletian, famous for the decision to divide the empire into four parts and having established a way rulers would succeed each other avoiding chaos and instability at the time a transition of power became a necessity. To give you the idea of the precarious nature of the era he lived in it is worth noting that he was one of only 6 Roman empires presumed to have died of natural causes. Split has much more to offer besides the aforementioned as the city developed under Venetian, French and Austrian rule and historical remnants testifying of the presence of each of these nations are well evidenced in the very center of the city mixing with ancient architecture thus forming a seamless cohabitation of styles.

How to choose and what to include in a perfect cruise itinerary?

Many cruise programs offer guided tours of this stunning town. When you opt for a cruise from Split the most sought after itineraries are normally those going southward towards the pearl of the Adriatic, Dubrovnik including visits to the islands of Brač, Hvar, Korčula and Mljet along the way.

Adriagate Travel Company in Croatia is a very good choice when it comes to routes going from Split to Dubrovnik and vice versa including round trips and one-way cruise itineraries with guided tours of Dubrovnik, Korčula, Hvar and Split constituting a part of many of their programs.

One would think that the islands mentioned above are mere stops before reaching Dubrovnik, but you are sorely mistaken as each island is a true gem in its own right. Starting with the island of Brač and its famous beach Zlatni Rat through a visit of the island of Hvar famous for its medieval fortress and a history dating back to Greek times. After this, you visit the island of Korčula, the birthplace of the famous explorer Marko Polo and before reaching Dubrovnik you get to see a true example of immaculate natural beauty which is the Island of Mljet a national park of immeasurable beauty with Odysseus island being its central point.

Finally, your cruise takes you to the town of Dubrovnik famous for its perfectly preserved medieval walls that protected the inhabitants of this town from attacks and invasion throughout history. The people of Dubrovnik were skilled merchants and negotiators which is why Dubrovnik was an independent republic all the way to 1808 when it was canceled by the French emperor Napoleon which means the town survived through many a turmoil including Turkish conquests and the spread of the Ottoman Empire. Rector’s Palace, elaborate Onofrio’s Fountain, and baroque St. Blaise’s Church are only some of the most impressive landmarks of this stunning town. Many world-famous actors, singers, directors, and footballers like Tom Cruise, Woody Harelson, Beyonce or Cristiano Ronaldo visited Dubrovnik and marveled at its beauty.

From Emperors to Dragons – Dalmatia a Game of Thrones Story

Ultimately a thing that connects Split and Dubrovnik apart from their beauty and their cultural and historic importance is the fact that both locations were home to a world-famous fantasy drama series Game of Thrones. King’s Landing, the home of the Lannister family was actually in Dubrovnik, while Khaleesi’s fire breathing dragons were kept chained in the basements of the Diocletian’s Palace in Split. You can find many specialized Game of Thrones tours and series based souvenir shops in each of these towns and you can also take a photograph while sitting in the Iron Throne a privilege for which much blood was spilled in the course of the show itself.

So, if you are interested in cruise vacation in Croatia or you would like to find out more insight info, take a look at tips & tricks here.

Join us on a cruise adventure in Croatia! 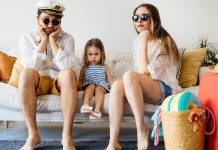